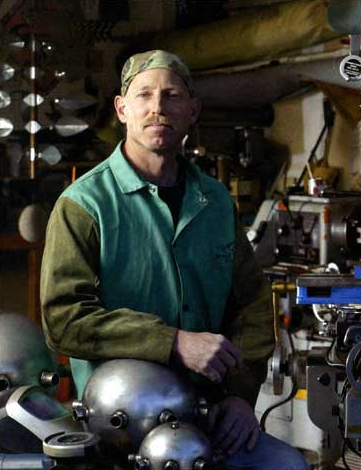 David Boyer specializes in kinetic wind sculptures. This work began in the late 1990s when he started making art out of old metals and artifacts he found in the northern Nevada desert. From this experience, his ideas evolved as did his fabrication skills. His current body of work is the product of years of steady evolution.

In addition to his sculptures, his customer base has evolved over the years as well. The majority of his work now consists of building large-scale public art projects. This public art focus began in 2003 when he received a commission with the City of Reno to build a 63-light pole, wind-driven sculpture for their Arts and Culture District. Due to this opportunity, public art commissions became a staple in Mr. Boyer’s career.