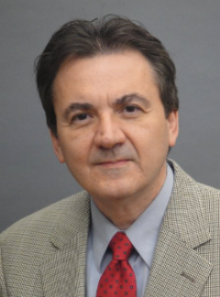 As a child in Gary, Indiana, Zenos Frudakis began to sculpt under the family’s kitchen table with a piece of dough given to him by his mother as she was preparing to bake bread. Zenos’ father, born in Greece, came to the U.S. as a boy. The oldest of five children growing up in Greek culture, Zenos admired, respected, and was drawn to Greek sculpture. Greek art influenced his aesthetic vision; additional inspiration came from sculptors Michaelangelo, Bernini, Carpeaux, and Rodin. The poetry of Eliot, Frost, Roethke, and Graves, is important to Zenos, as is post-modern, deconstructionist philosophy.

Zenos’ emphasis has been the figure and the portrait, as demonstrated in his many monumental figure/portrait works, individual portrait busts and bas-reliefs. He excels at expressing the character and vitality of his subjects while capturing an accurate likeness. Zenos’ portfolio includes figure sculpture, animals, bas-reliefs, portraits—both busts and paintings—of living and historical individuals, and poetic/philosophical sculpture with a post-modern sensibility. Over the past four decades, he has created monumental works in public and private collections throughout the US and abroad.

Although Zenos creates personal, expressive works of art, he is a commissioned artist with wide-ranging versatility capable of sculpting subjects from the human form to animals.

(Information provided by the artist)